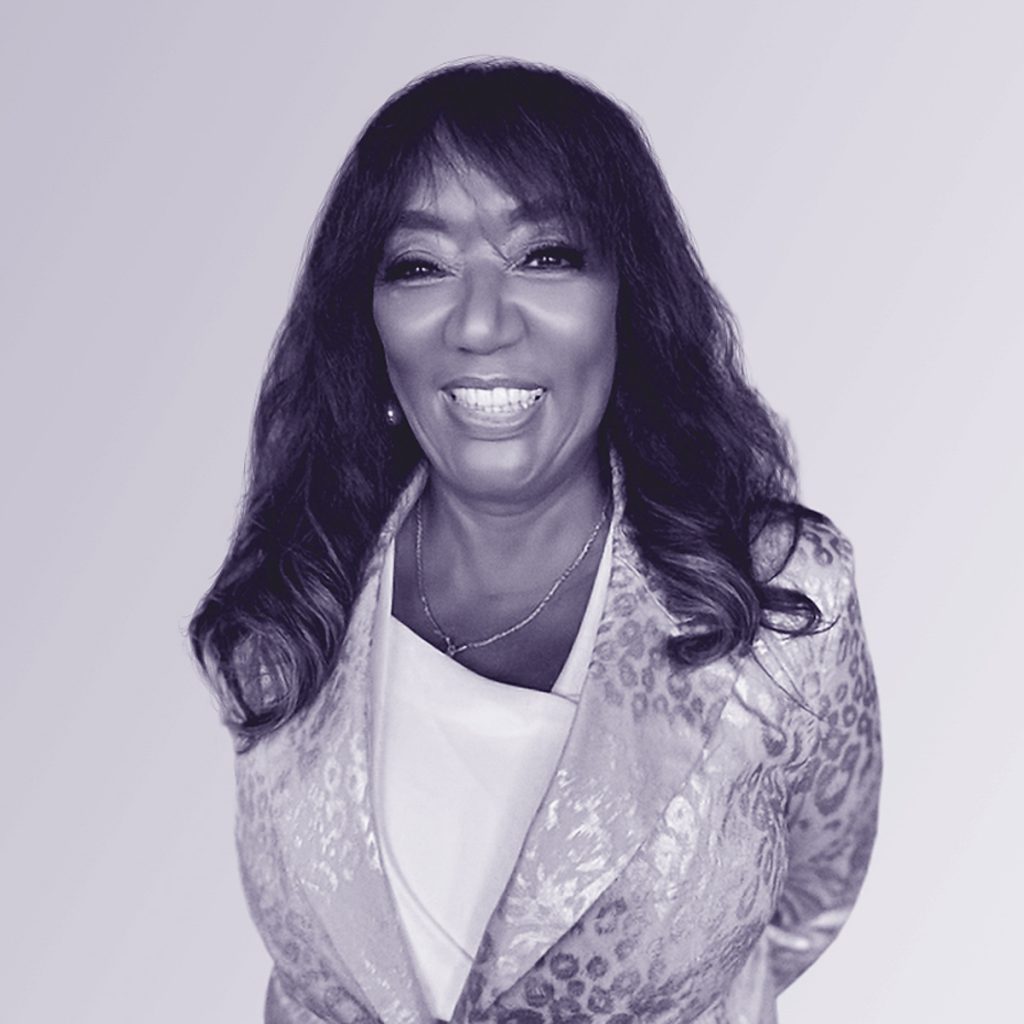 Carol H. Williams, Founder, and CEO of Carol H. Williams Advertising (CHWA) is an industry-recognized visionary, executive, and entrepreneur. A barrier breaker, Williams has led CHWA – the longest-running, award-winning, multicultural marketing agency with over 5,000 employees and $30 million in revenue during high-performance and growth periods for over 30 years.

Beyond demographics, Williams provides rich and refined knowledge of how brands, media, and consumer behaviors evolve, leading her agency to year after-years success, producing award-winning advertising and marketing campaigns for many Fortune 500 companies.

Williams’ creative philosophy is: “It doesn’t matter what you say, the only thing that matters is what they understand. We compete for attention in a world of ever-expanding choice and distraction – we win with empathy by encoding ideas and possibilities that aren’t just based on the needs of the brands but ideas that are meaningful and powerfully relevant to what people care about”.

Williams has received numerous professional honors and community awards during her career. In 2017, she was inducted into the American Advertising Federation’s Advertising Hall of Fame and was its first African American female Creative Director. In 2020, she was named an N.Y. Women in Communications (MATRIX) award recipient and a 2020 Advertising Age Vanguard Award Recipient.
Passionate about serving her community, Williams has used her talent and resources to help dozens of philanthropic endeavors, including the Rainbow/PUSH Coalition, the Congressional Black Caucus, the NAACP, and numerous national and community organizations. Williams believes in developing solid relationships professionally and personally as a mentor to many in the industry. “For over 30 years, I have gotten to do what I love. I like to think I can understand and connect with people, meeting them where they are without sacrificing excellence, creativity, and grace that has kept me on the right path to making a mark in advertising. I continually ask myself, Who’s Eyes Are You Looking Through When You View the World?” 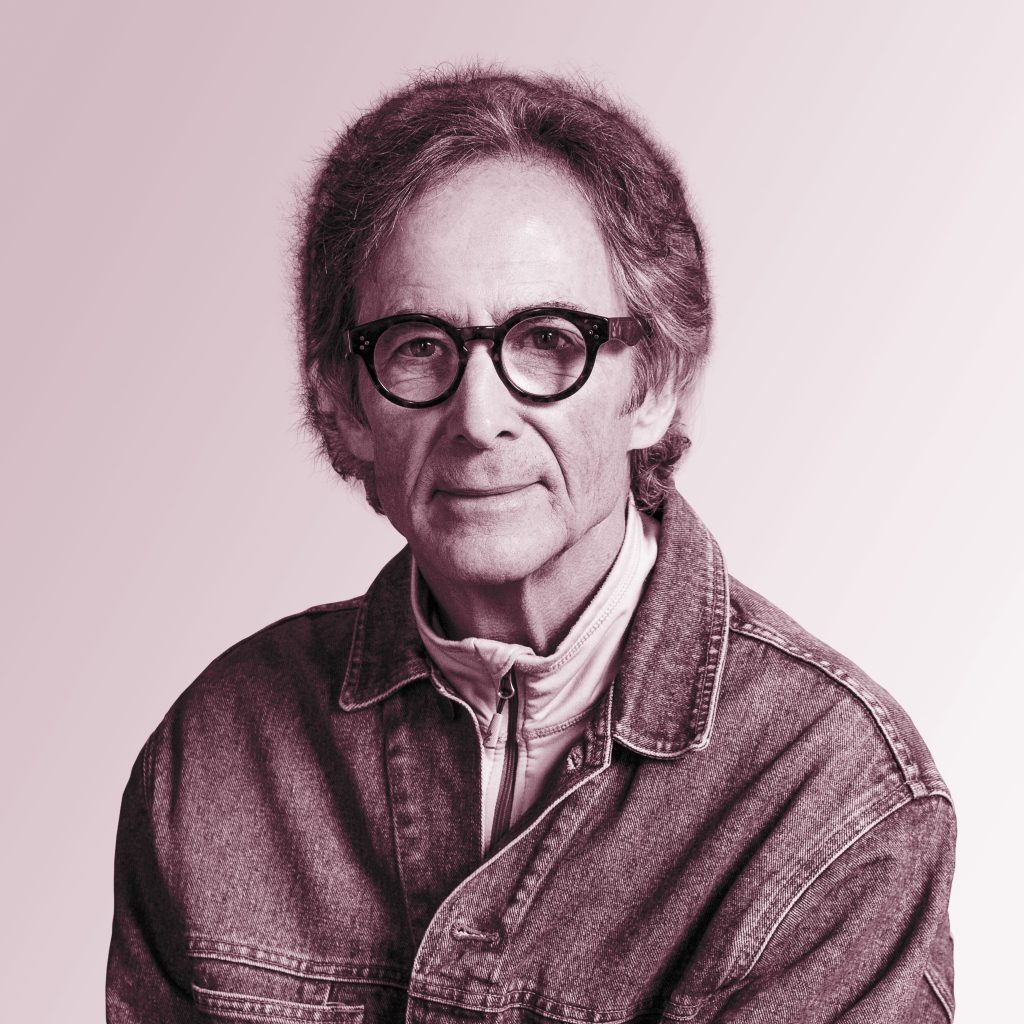 Joe is one of the world’s most respected and sought after thought leaders on branding and design. His work is regularly featured in leading marketing and design publications and is exhibited around the world. Joe founded Duffy with a vision to build a new kind of branding and creative company—partnering with clients and other firms in all communication disciplines. His first book, Brand Apart, was released in July of 2005.

In 2004, Joe received the Legacy Medal from the American Institute of Graphic Arts for a lifetime of achievement in the field of visual communications. In 2006. He was recognized as one of the “fast 50” most influential people in the future of business by Fast Company. In 2007, Joe was honored with the American Institute of Graphic Arts Fellow Award for his many years of leadership in the state’s design and business community. 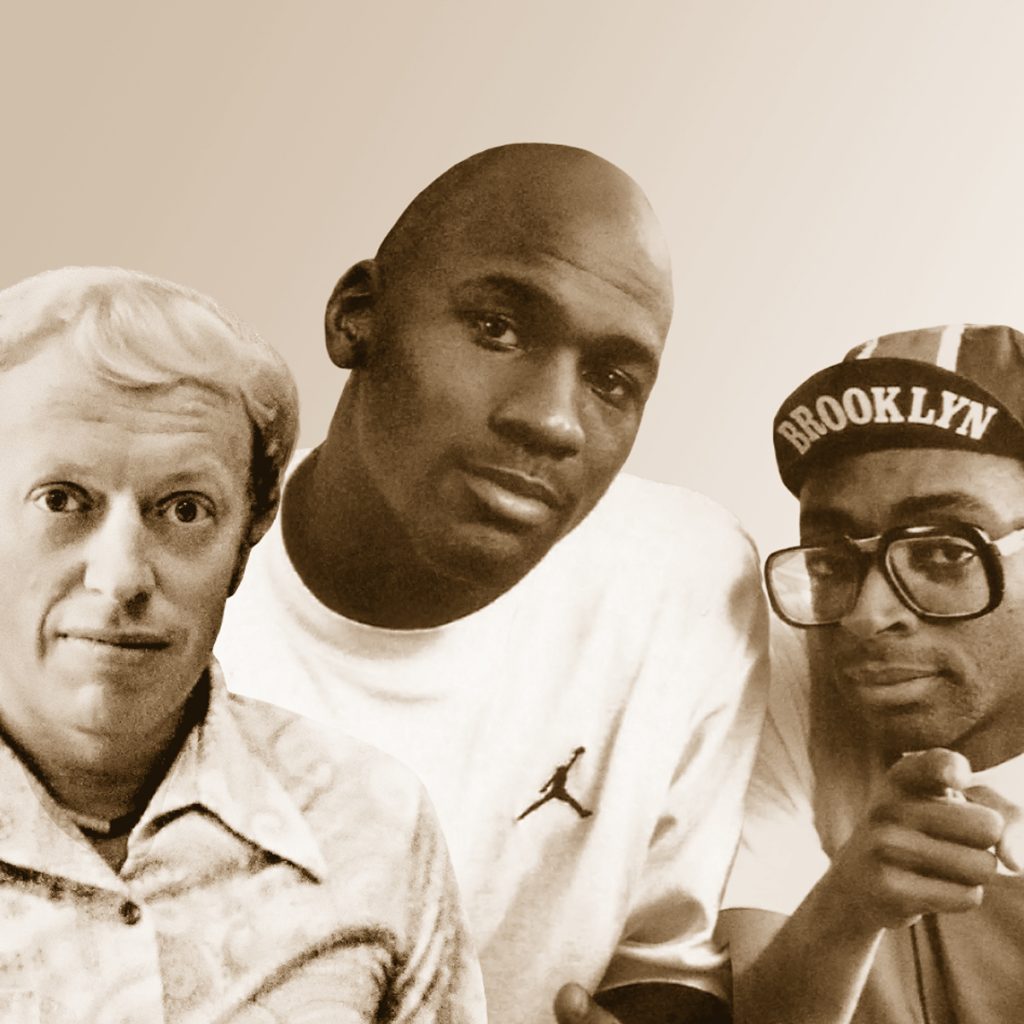 But according to Spike Lee, who was involved in the Air Jordan line early on, there was a time when some at Nike didn’t think MJ was the right choice for the face of the company.

Then-CEO Phil Knight saw the potential in Jordan as Nike’s standard-bearer and went ahead despite those naysayers. The rest, as we all know, is history.

The industry hasn’t been the same since. 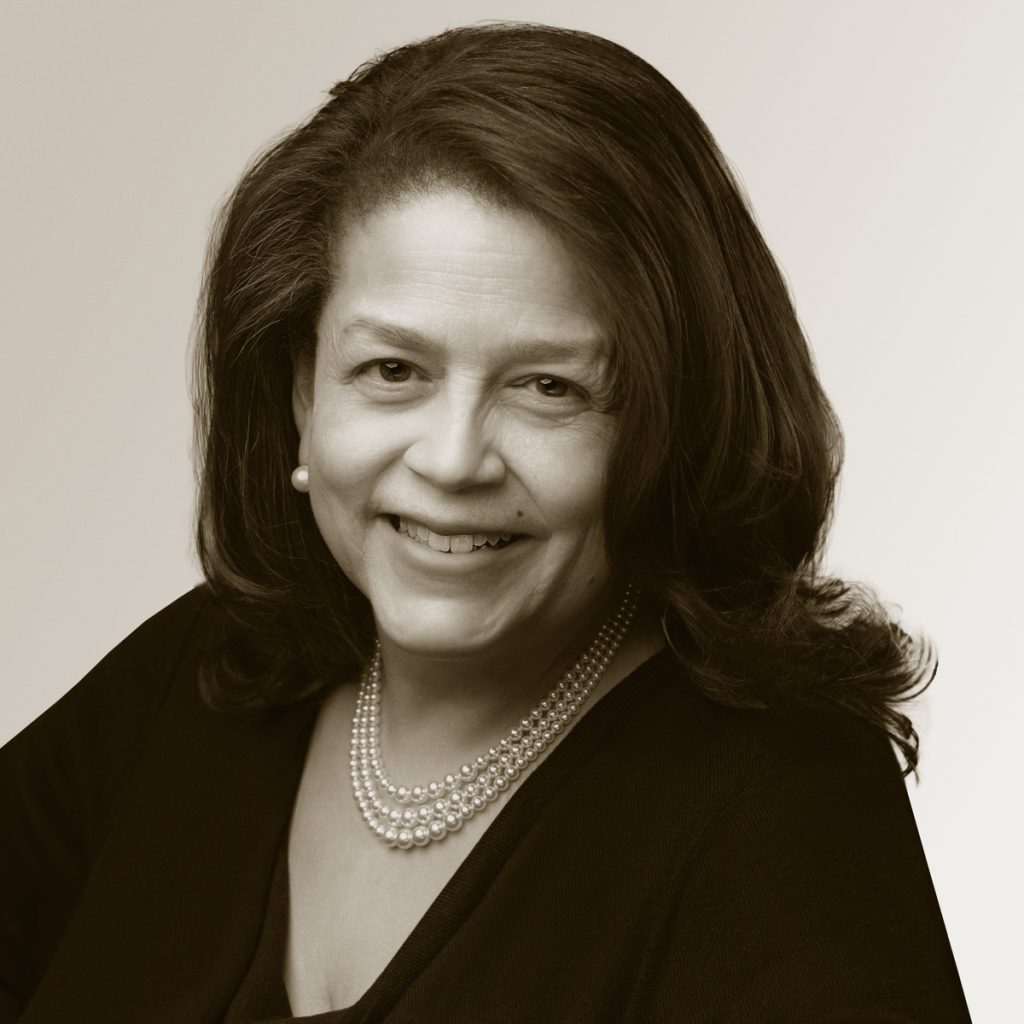 She is founder of the former Cheryl D. Miller Design, Inc., NYC, a social impact design firm; she is a designer, author, trade writer for PRINT Magazine and Communication Arts Magazine, and theologian.

Dr. Miller has an MS in Communications Design from Pratt Institute and a BFA in Graphic Design from Maryland Institute College of Art, completed Foundation Studies at Rhode Island School of Design, and has a Doctor of Humane Letters from: Vermont College of Fine Arts, 2020 and a Doctor of Fine Arts from MICA-The Maryland Institute College of Art 2022, The RISD-Rhode Island School of Design 2022 and a MDiv from Union Theological Seminary. In 2021 she was an AIGA Medalist “Expanding Access,” a Cooper Hewitt “Design Visionary” awardee and an Honorary IBM Design Scholar, “Eminent Luminary.”

A recipient of countless awards, she is dedicated to visual arts advancement. The Cheryl D. Miller Collection at Stanford University is her legacy professional firm’s archive, including her memoir research and manuscripts. The collection features D&I initiatives, corporate communications developed for Fortune 500 corporations, and corporate communications for national African American organizations, developed post Civil Rights Era, 1974–1994. She is further archiving, The History of Black Graphic Design In North America, collected at both Stanford University and The Herb Lubalin Center, Cooper Union.

She is an activist, decolonizing graphic design professor, lecturer, and revisionist historian. She is Professor of Diversity, Equity, and Inclusion in Communication Design, Art Center College of Design, Distinguished Senior Lecturer in Design at the University of Texas–Austin, E.W. Doty Fellow 2021, and adjunct professor at Howard University. She is a member of the Board of Trustees of Vermont College of Fine Arts and the President’s Global Advisory Board of Maryland Institute College of Art. 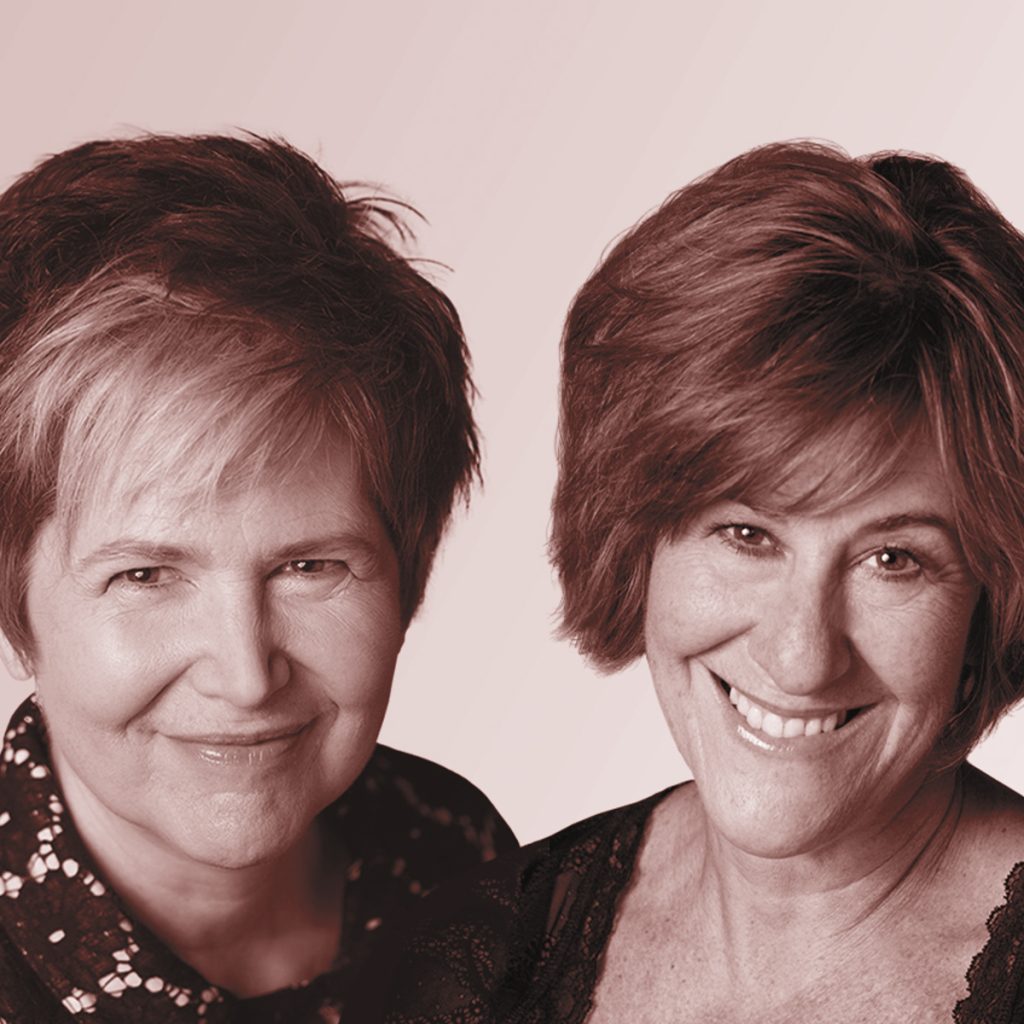 Janet Kestin and Nancy Vonk are co-founders of the Swim leadership lab. In 2012 they were inspired to leave their long-time CCO roles with an ambition to close the huge leadership skills gap for creative people. Today Swim supports the success of leaders at top agencies and creative companies around the world.

Prior to Swim, Janet and Nancy were Co-Chief Creative Officers of Ogilvy Toronto for 13 years. Their teams delivered work like Dove’s Campaign for Real Beauty and “Diamond Shreddies”, garnering One Show and D&AD Pencils, the Grand Clio, the Creativity Awards Grand Prize and two Cannes Grand Prix.

Individually, Janet and Nancy have both judged The One Show, D&AD, Cannes, and many other industry award shows. In 2009, Nancy became the first-ever female to chair the then 87-year-old ADC Annual Awards, and as a passionate One Club Board Member (2009 – 2021) she helped to shape their Creative Leaders Retreats and programs that support a more diverse, sustainable industry. Not to be outdone, Janet served as foreman of D&AD’s ‘Writing for Advertising’ jury in 2014, and is among the chosen few featured in the 2018 edition of D&AD’s The Copy Book: How Some of the Best Advertising Writers in the World Write Their Advertising.

In 2012, Janet and Nancy were on Advertising Age Magazine’s “100 Most Influential Women in Advertising” list, and they were among Creativity Magazine’s “Top 50 Most Creative People” of 2008. They delivered advice to young creatives through “Ask Jancy” for 10 years on IHAVEANIDEA, and are the authors of Pick Me, a staple in advertising schools from Texas to Turkey. Their 2014 HarperCollins book, Darling, You Can’t Do Both (And Other Noise To Ignore On Your Way Up) was named a top book on leadership by Inc. Magazine. They are recipients of hall of fame awards from Canada’s Marketing Awards and the ADCC (Advertising and Design Club of Canada). Women of Influence and AWNY have honored them with women of the year awards.

Janet and Nancy speak at companies, schools and organizations who seek new ideas for advancing women’s success, like UCLA, Google and Lean In. In 2016, they helped design the creative leadership stream at Factry, the school of creativity sciences founded by Sid Lee leaders. 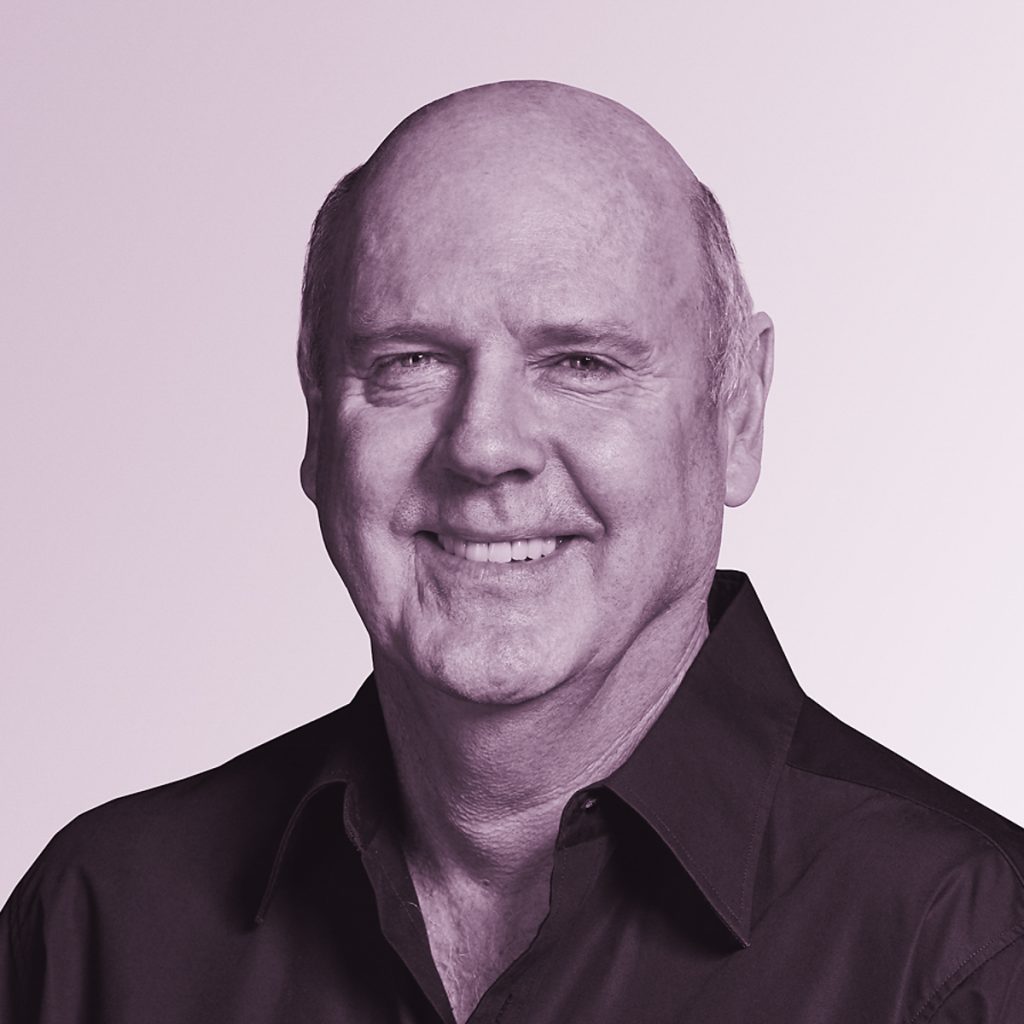 In 1983, John co-founded the advertising agency Hunt Lascaris based on the mantra Life’s too short to be mediocre. Since its inception, it has won countless awards including Agency of the Century in 2000, Agency of the Decade in 2010 and Ad Age’s International Agency twice.

Proof that advertising can make the world a better place, John was intimately involved in Nelson Mandela’s election campaign in 1993. Although rather harrowing at the time, this unique moment in history ushered a battered South Africa into the warm light of democracy. Uniquely, Hunt Lascaris was then also tasked with launching and disseminating the country’s new liberal constitution.

In 1994 Hunt Lascaris became part of TBWA. In 2003 John moved to TBWA’s New York headquarters to assume the role of Worldwide Creative Director. From there he helped harness the incredible global creative talent that orbits this unique collective. John returned to his native South Africa in 2006 to continue his Worldwide role from Johannesburg. In 2017 he transitioned to Global Creative Chair.

John has been the President of the Cannes Advertising Festival. He has also found time to write a number of theatre plays and books. He was named South African Playwright of the Year for “Vid Alex”, a play that condemned censorship during the apartheid years.

In 2009, John published the Art of the Idea which has since been translated into a number of languages. John has also published three novels. “The Boy Who Could Keep a Swan in his Head” was shortlisted for the Sunday Times book of the year award.

John is married with three children and lives in Johannesburg. He does, however, enjoy spending time in Franschhoek in the Cape. Since 1996 he has played a small role in establishing Boekenhoutskloof as one of South Africa’s premier wine brands.